ALIENS, UFOs and PEACE II: Trump to reveal? LOL No.

This is in answer to the claim trump is set to reveal something about aliens. Aliens could have invaded many, many years ago. Still waiting for that invasion. Israel's Space Security chief and the Canadian Security chief a few years ago confirm aliens exist. Trump is full of shit, though. His aims will always be for himself. He knew about the virus, even said so in interviews that were eventually made public and yet kept it from the American people. His credibility is ZERO. If you want some truth, listen to Lue Elizondo and his team. The only thing I may differ from Lue is that he seems convinced the aliens are a threat.
A friend who is a CPA had a client in the military who affirmed to her (he's retired) that the Army, Air Force & Navy have diplomatic relations with at least 6 species, some of which do not have our best interests in mind but have yet to do anything against humanity, possibly because of this "galactic federation" the Israeli intelligence leader claims. My family and I have had dealings with other-worldly beings since the 1960s, my son especially. From what I gathered, they are not trying to harm us. What we can see with our own eyes is that some of the crafts out there are not obeying the laws of physics, possibly because they are so far advanced of humanity, they've discovered ways around them. Clearly, if a spacecraft can go from 35,000 feet to 50' above the ocean to "guard" one of their craft in 7/8 of a second, the g force would pancake a pilot of any species. Seems obvious from the Navy encounters (Tic Tac UFOs), the ships must generate their own gravity.
My son, describing his experience when he was very young was asked by non-human beings if he wanted to take a ride with them. I still remember his haunting description of what he saw once entering and then looking out their window. "The ground turned into a big blue ball." His memory of this was triggered by my driving one day to pick up his mother at her store. I was going too fast and we rounded a corner and the car lifted slightly. The feeling was like an elevator, where gravity is a little messed up. That event triggered his memory of this encounter.  This was back in 1992. He no longer remembers it, but I certainly remember his description & I don't think he made it all up, despite his claims now that he did.
So even though I don't have hard evidence. I have seen things that don't make sense and while I lean very much on the theory we are not alone and that we share this world with non-human intelligent beings, I can understand the skepticism out there. Bottom line is that we need much more evidence than trump as his goal is for himself, not humanity. You need to remember this, no matter what your politics. Don't isolate yourself to one source of information. Check all of them and use your critical thinking skills. TRUTH MATTERS.

On another note. A space force against beings who can control gravity at will, who can fly at angles not possible by humans, who can move in and out of 4 dimensional space without breaking the sound barrier would be totally useless against such beings, who have yet to show hostility. The navy radar officer Kevin M Day famously quipped after coming out about his encounter as part of the Nimitz carrier group in 2004, "if they're hostile, we are f**ked." He's right. Even the military officials at the 2010 Nat'l Press Group meeting in Washington DC were concerned that UFOs were shutting nuclear silos OFF and then back on again. 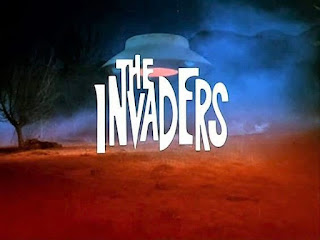 I would posit that the aliens are concerned our intelligence is not up to our tech and that we may blow ourselves up. This argument was made famously in fiction as early as 1951 with the classic THE DAY THE EARTH STOOD STILL. 70 years ago and humans still aren't listening. Even now, we keep putting out fictional films and TV that portray aliens as monsters out to kill us. Case in point, shows like The Invaders (1967) which I worked on the DVD, ironically; War of the Worlds (3 TV series so far); Invasion (3 movies and a new TV show coming out in October); Stargate (well some aliens in that series were friendly); and many others.

What if most of the aliens out there are smart enough to have evolved past predatory behavior? What if humans could learn to be less predatory? Space Force should be renamed Space Farce. Waste of money. The air force was enough. 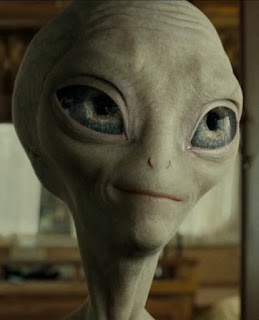 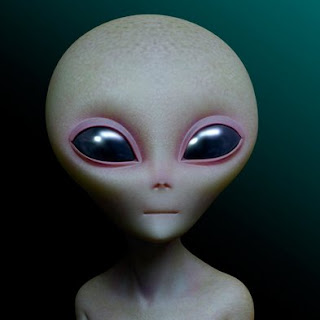 Posted by Quantum Mechanic at 10:37 PM No comments:

UFOS, HUMANITY & THE CASE FOR PEACE

If UAPs were a threat, we'd all be dead. When a species has control over gravity and can fold in and out of interdimensional space, they can pretty much do anything, including destroying us in a matter of hours, if not sooner.

Alien beings a.k.a. Non human civilizations have been interacting with humans for centuries. Several species have relationships with a government(?) hierarchy compartmentalized beyond the political sphere or "regular" military intelligence, apparently, as Lue Elizondo and his team are not dialed in to those relationships. They see UAPs and perhaps aliens piloting them as a threat. Again, if that were true, humanity could easily be extinguished.

What could be happening is humanity is being prepared for something revelatory. We can learn a lot from using diplomacy as opposed to weapons to solve society's problems. Case in point, how we treat each other based on skin color, which seems absurd just stating that. Humans are one species and color doesn't matter.

What I am mentioning here isn't exactly a secret. There is more evidence than not. The key is to use the knowledge for the benefit of everyone, human or not & not buy into the "threat" argument. So much anger and hatred in the world based on fear. Fear of the "stranger," fear of people with different skin color, religion, etc. This must end.

If humanity doesn't mentally evolve, it's going to fail. 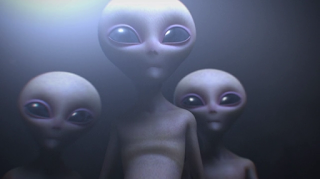 Posted by Quantum Mechanic at 10:45 PM No comments: